Everything Comes in Threes!

The broken world order exists in three planes. The ‘Each on its Own’ plane consists of a polarized and divided USA, an isolated and aggressive China, an inflamed Islamic world, an inward-looking UK, an aging EU, an overpowered ASEAN, a peacenik Japan, an independently minded India, an exploited Africa and South America in limbo. The ‘Clash of Civilizations’ plane is interesting.  The Western Civilization led by USA is divided, aging, receding and economically declining. The Sinic Civilization, in economic prime, seeks world domination through unaccommodating aggression and assertion. The Islamic Civilization is externally inflamed and internally engaged in endless intercinine conflicts, a restricted outlook and sectarian divisions. The Japanese and Indian civilizations famously described as ‘swing’ civilizations seek stabilization. These planes are operational in mutual exclusion. The third plane is Global leadership or lack of it. Need to discuss this more. 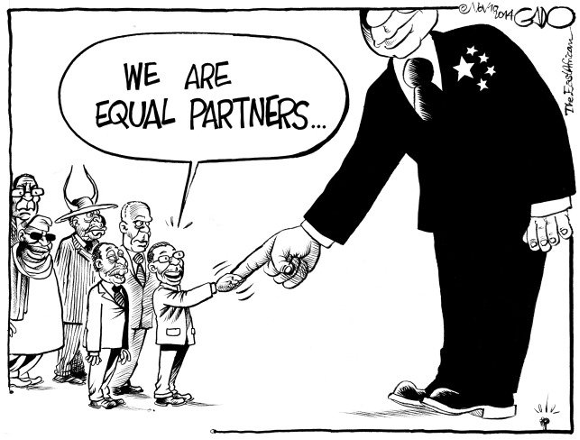 Global Leadership and Lack of It

USA led the world out of many a crisis. It is in crisis today. Biden, as new President has a task on his hands – to rebuild the politically divided and deeply polarized USA. While USA will remain the foremost military power for a long time to come, its economic foundations are weakened. Importantly its internal dynamics of race, culture and immigration are heading for a major reset. In this period its political heft will get limited. However, it will be foolish to write off USA. It has weathered yet another crisis to underline its resilience. The Presidential election process has revealed the strength of its democracy and focused attention of Americans to the fact that China is their main threat. This will be a period when USA will internalize and yet strive to provide a measure of global leadership in the face of Chinese assertiveness. A large part of the world will continue to believe that USA will rise again.

China is the single large economy showing signs of early recovery from the Virus. It WANTS to be the foremost dominant power on earth. No one else wants it to be. It has detailed plans to assume global leadership.  It has lined up a block of countries through ‘Debt Trap’ diplomacy to do its bidding and has cornered a significant say in Global institutions. The problem with it is simple – No One Including Pakistan Trusts China!  It does not want to live in an international rules-based order. China wants everyone to live by the rules it sets. Its selfish assertiveness, expansionism and unbridled ambition make it unacceptable as a Global leader. Its reinvention as a Marxist-Maoist communist nation is largely reprehended by democracies.  A Systemic global challenge cannot be a global leader.

During the cold war, the relevance of UN became questionable. However, UN and other world bodies reinvented themselves and provided leadership during the Gulf Wars and in resolving the everlasting West Asia- Middle East – African crises. UN peace keeping and Humanitarian and Disaster Relief roles were of special relevance. WTO emerged as the harbinger of interdependence in the globalization wave. In the current Pandemic conditions, everyone is virtually on his own and UN is invisible. The WHO has become a villain in cahoots with China. The WTO has become irrelevant. International institutions are out of sync with ground realities. The rest of the Big Five are not really that big, without a global footprint or influence. Russia continues in an ‘ex-superpower’ dream. Its reality is that it is a cash strapped military power with a resource-based economy. UK and France are economies with limited influence. Their acceptance as global leaders waned after WW2 and collapse of their colonies. The other strong economies and big nations do not have much say in world affairs and are not acknowledged as leaders.

The Global Challenges Ahead

China had undermined the Global System and was surreptitiously swinging everything towards itself when its baby – the Wuhan Virus struck. It exposed the Chinese perfidy and woke everyone to the real intent of Xi Jinping – to create a Chinese Global Order. In this overriding context the global scene will be challenging.

First and foremost, nations, societies and people will endeavor to recover from the Chinese virus and get on with their lives. When they begin afresh, they will pick up pieces from a vastly different position. Till the virus lasts, a degree of physical and psychological isolation will endure. This will force self-reliance, protection and societies getting adjusted to new norms of life with a new sense of nationalism. Global interdependence and border less societies are no more in fashion.  Everyone will endeavor to establish an amount of strategic autonomy on issues which they consider critical to their national interests. 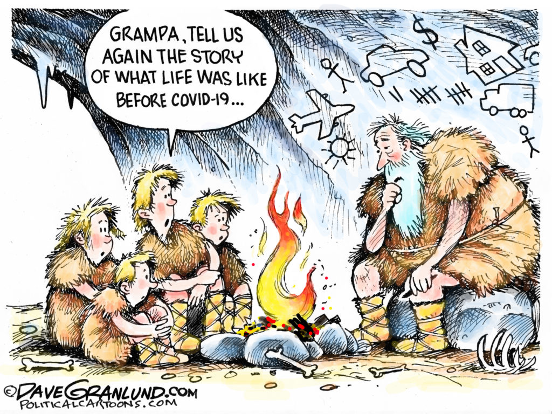 Economies will take time to pick up. The longer the Virus lasts, the slower the pickup rate. The Chinese virus will be amidst us for at least 2-3 two years even if a vaccine comes through. This will be a period of suppressed economic conditions. Economic growth is likely to return to normalcy only around 2024-25. Resource driven and commodity-based economies will be sluggish in recovery. Underprovided and underprivileged societies will suffer. Poverty, food security, hunger and human rights issues will come to the fore. Combine this with climate change and the results could be tough. We are already seeing some evidence of this in China through the current food crisis and the Han vs non-Han ethnic issues which have cropped up. Surprising but true. Look beyond the hype and propaganda. Even China is vulnerable.

Military and political power will dominate. Expansionist China, amongst all countries, will exert this power aggressively for global domination. China will leverage the BRI, economically and militarily, to gain dominance. Nations will endeavor to decouple from China and set up alternate supply chains. This will be resisted by China through  means – fair and foul. As a result, alternate arrangements and alignments to counter and contain Chinese predation will emerge through competition and contestation.  Periodic military and political confrontation is inevitable. Military and political power will have to protect economic revival of nations.

What the Atlantic and NATO was to the last century against USSR, the Indo Pacific and QUAD is to this century against China. The Free and Open Indo Pacific construct with the QUAD as its centerpiece will take a definite shape. Already there are indications that France, Germany and UK are stepping into the scene. Others will follow selectively. The arrangements and alignments will be opportunistic, and issue based rather than a formal NATO structure. Countries will get on and off the QUAD platform as it suits them from time to time. The macro struggle between USA and China will override

Energy and resource consumption is currently depressed due to reduced economic activity. However, the tussle to secure them for the future will intensify. Water conflicts in densely populated transnational waterways will increase. The Mekong waterway dispute portends the new conflict spectrum. Climate change and environmental degradation will also dominate the political and economic landscape. China will be at the root of this conflict. China, while cleaning up its own eco system, is transferring its environmental degradation and pollution to other nations through the BRI network of Dams, Coal fired thermal plants and unsustainable infrastructural projects. For example, Pakistan is at the danger from becoming one of the most heavily polluted countries if the CPEC goes through even partially. The triple whammy of water shortage, environmental degradation and resource depletion will hit it badly. 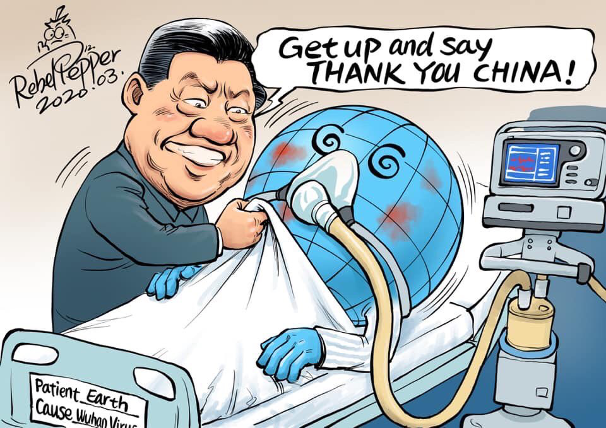 A critical and often overlooked issue is of aging societies. Aging societies tend to be pacifist, while younger societies tend to be aspirational, militaristic and migrant. Pacifism is evident in aging Japan, Germany and Europe. Aging societies will have to allow inward immigration to continue to grow like USA does. China provides a major conundrum in this context. Aging in China is irreversible. It is the fastest aging society with the greatest military and economic ambitions. Will it become old before becoming rich? As it ages will it continue to be militaristic or turn pacifist? Will it promote inward immigration? Vexing but relevant questions. Do not think this is a figment of my imagination. The aging issue has figured in the recent NPC of the CCP. Even the Chinese are wary of it.

Hither-to-fore the global order was set by the BIG FIVE monopolistically. Everyone followed suit. The order was based on circumstances of the last century. In current conditions, the BIG FIVE are themselves struggling. To trust them to set the new order will be folly. Very importantly the gap between the BIG FIVE and the rest has narrowed and even turned around in cases. New poles and younger nations aspire for more. During the pandemic, when the chips were down, the BIG FIVE left everyone to fend for themselves. In fact, they were part of the problem of collective global misery. The Failed Five system cannot be reinforced to lead us into another failure. There is no choice but to expand the global leadership and set a new global order for the new challenges ahead.

An analysis based on population, demography, polity, economic potential, military prowess, resource base and technology level clearly indicates that three countries have already surpassed some in the BIG FIVE. These are Germany, India and Japan. No global solution is feasible without them. Other countries in this zone include Brazil, Mexico, Indonesia, South Korea, Nigeria and South Africa. The Post Second World War Order has to give way to a Post Pandemic Order. Are we looking at a shift from Big Five to a Big Eight or a Council of Fourteen?

India and the New Order

India, with its young and aspiring population, vibrant democracy, growing GDP and strategic location has a vital role in the world ahead. In pandemic terms, India has weathered the worst and has started recovering. It will lead in global recovery through its immunization and vaccine knowledge and experience. This was foretold by a WHO official when the pandemic began. While India does not aspire to be another China, it is the only alternative for decoupling and containing China.  It provides scale and safety from Chinese predation and undermining. It is the only country besides USA with the military prowess to confront China at sea or land. It will be an important and critical part of the Indo Pacific Construct.  It is one of the few countries which has credible capability to aim for the Moon and the Mars. Surely such a country has to be part of the Global Leadership.  On its part, India must have the confidence of breaking the non-alignment mindset. India needs to seek international arrangements best suited to meet its interests while fulfilling a global leadership role jointly. To achieve this, it is axiomatic that India needs internal transformation to let its strengths dominate.

The Incendiaries: How Pakistan and Turkey Fan the Flames of Islamic Anger